I took a look round the facilities of Bloomfield Hills, Mich.-based Innovation Drum Company, under the meticulous, hands-on control of founder, CEO and self-described drum fanatic Stephen Badalament.

“I go to bed thinking about drums, I wake up thinking about them,” admits Badalament, an accomplished drummer in his own right who has toured with such recording artists as Patti Austin and Keith Washington. “I’m the most expensive instrument made in the world, and I’m for very serious people.”

“I can’t mention any names, but I work with some of the top drummers who have full endorsements from other companies, where they’re being paid $100,000 a year to play their products, but still, in the studio or for their own private collections they desire something of higher quality. My clientele also includes doctors, lawyers and architects who were drummers and now have to have the finest. The motto of my company is a quote from Voltaire: ‘I have the simplest of tastes. I only like the best.”

Lenny White doesn’t mind having his name mentioned. One of the most recorded drummers in history, White, the superstar jazz perfromer of Chick Corea’s Return to Forever and the landmark Miles Davis LP Bitches Brew, voluntarily renounced the six-figure endorsement deal he’d held for nearly three decades with an overseas drum manufacturer to use Badalament’s Innovation drums exclusively. “They’re just the best drums in the world,” White says, without hesitation.

“I mean, if you were a violin manufacturer and you could make an instrument today that sounded like a 2,000-year-old Stradivarius, wouldn’t you? That’s what Steve does. Steve makes a contemporary instrument that sounds better than any old instrument. That’s it. That’s the only reason I play them, because they’re the best.”

Orders Can Take a Year or Longer to Complete

Utilizing materials like titanium, aircraft-grade aluminum, silicon bronze and Michigan hard rock maple in the construction of his drums, Badalament says his custom-made instrument orders always begin with a one-on-one consultation with the client to discuss specific needs and playing style, and can take a year or more to build.

Badalament typically handles the final construction details personally; when White played with Return to Forever at the Detroit International Jazz Festival, Badalament could be seen backstage on his hands and knees, assembling and fine tuning White’s drum kit prior to his performance.

“It’s beyond handcrafted,” says Badalament, 48, who earned a degree in microbiology at Wayne State University in Detroit.

“That’s the easy part. It’s so engineered. We use certain materials for our gaskets so they stop vibration, gaskets inside that retard loosening of any kind. Our tension rods are made of tool steel. Our hoops [rims] are made the same way they make church bells in Europe, so they resonate. They are guaranteed to be completely flat and perfectly round. There are no metal to wood contacts. I don’t do it for aesthetics. I do it for sound. Everything is basically for the sound.”

With such exacting tolerances and dedicated workmanship at play, “I think Detroit is the only place this could happen,” Badalament says. “

I’ve lived in New York and have been to many cities, but we have the infrastructure to support it here. Because of the Big Three [automakers] you have tools that are flawless, that are calibrated perfectly. computer assisted casting. They have ISO 9000 tooling here. You can’t find that in other cities.”

Badalament says Innovation Drums (and its sister company, Renovation, which restores used drums like the prized set Charlie Watts had rebuilt prior to the Rolling Stones’ “Bridges to Babylon” tour) has experienced incremental growth each year despite Detroit’s economic downturn, and expects the beat to go on. “You have to have a desire to do this, because to make these things this perfect from a manufacturing standpoint is very difficult,” he says. “The brilliance in manufacturing today is not to make something better, it’s to make it cheaper, especially with drums.”

“I can confidently say my drums will do 200 percent more work than you could ever ask them to do. They will last longer than your grandchildren’s grandchildren.” 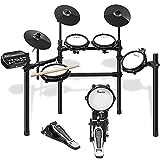 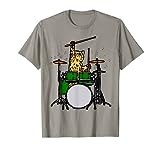