As I have noticed that my grandson is showing some interest in playing drums, I’ve thought about buying him his own drum set. However, I’m thinking that if I invest in a professional drum set, wouldn’t he lose interest over it in the long run? So I’ve settled with buying a drum set that is designed for kids but looks professional at the same time.

The Westminster Desktop Drum Set is a drum set that you put on top of a desk, hence the name. It is a very little drum set that really looks like it is designed for kids ages between 3 to 6, because of the picture is shown in the online store. 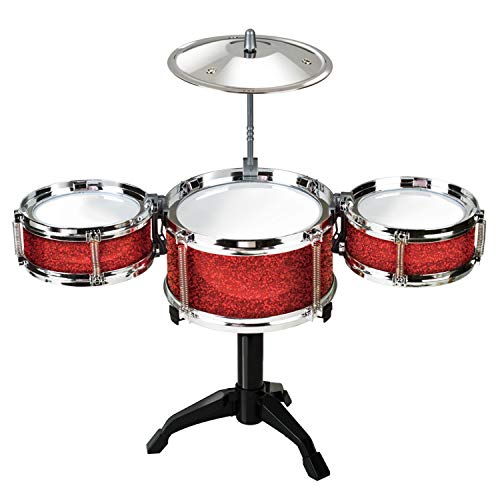 What’s Included in the Set

So when I finally received the drum set, I was shocked that the size was bigger than I thought. My grandson still loves the set, though. Even if the drum set is slightly bigger than him. He really loves the sound it produces, which also shocked me for a desktop drum that looks like a toy.

It is also fun not only for children but for individuals of all ages, simply for fun. I also play with it for a bit. And it’s really amazing how you can get to have a lot of fun with such a small drum set. One of my grandchildren in high school even play with this drum set, too, just for fun as well. He bought his own set and placed it in his room.

He doesn’t need to borrow it from his cousin, the one I bought this small drum set for. This is perfect for any individual that wants to have fun playing drums. Especially among professionals that don’t want to set up their professional drum set. Keep note, this is only for fun. 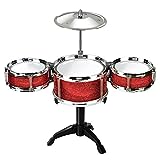 What to Watch Out For

I think I’ve already defined the warning above as to what you’d expect from this drum set. It is bigger than the picture. It could be the reason why there are some complaints from other customers. It’s because they were expecting it to be smaller. Other drum sets of this size tend to be smaller or just exactly the same as the one shown in the picture.

Another thing that you need to take note of is that you can’t choose the color when you buy this online. You’d be lucky if you can choose the color. But only when this is offered in department stores or toy shops.

Other than that, you have one amazing drum set to play with whenever you or your little one want to have fun on their own.

Drums Along the Mohawk
Bestseller No. 2 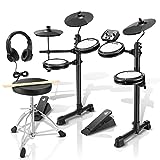 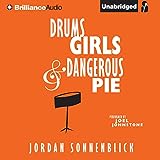 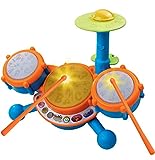 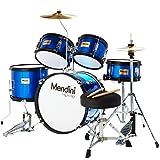