There’s an empty circle of metal folding chairs sitting at the front of the Pathway’s New Age Books and Gifts in Concord Village, south St. Louis. Slowly, a scattered few start coming in around 7 o’clock. They bring a variety of drums. There are a few djembes, a bongo or two, and a couple of conga drums. There’s even a couple of African talking drums.

Related: What Musicians Should Expect at a Drum Circle

Every body sits down and starts talking. They pass each other’s drums around and comment on them. One participant brings up the fact that drumming is man’s oldest form of communication. Another tells how drumming has been used in medical therapy to relieve stress and allow people with disabilities to communicate with one another.

The group consists of an eclectic group of people. There the long-haired musician that started the group. He owns a recording studio and plays bass in a rock band. There are others in the group who have no musical background whatsoever. There are people who come from all walks of life, getting together on a Friday night to bang on the drums and have a little fun. I’m one of them.

Everyone sits down and Robert asks everyone to go around the circle and tell everybody their name. Then he slowly starts a beat on his  kids drum set. Soon everyone joins in and a rhythm is started. A few minutes into it and the circle is jamming. A couple of the store’s customers and the sales clerk stand and watch. After almost thirty minutes of continuous drumming, the beat slows down and the finally comes to a halt. There is a smattering of applause from the crowd.

The group does two more fifteen minute sessions of drumming before the circle draws to a close.

At the Center for Spiritual Living 12815 Fee Fee Road, on a Sunday evening, a drum circle gathers. It is more spiritual in nature than the one at Pathway’s. It is led by an elementary school teacher. The group consists mostly of people who come to the Spiritual Center as regulars. Some of them have services like Reiki there. Others just come in to be enlightened about other religions. One lady brings her service dog, a big, fat Rottweiler, to the circle. As the drumbeat begins, one of the ladies chants softly, her words drifting out over the beat of the drums.

If you don’t mind hanging out with the Rainbow Family on a Wednesday evening at Tower Grove Park, then you will enjoy drumming at about 8 O’Clock. A lot of the folks meet for a cup of Java at Mokebee’s across the street from the park beforehand.

The Mountain Bear Drumming Circle meets once a month on the last Friday of the month at the Soul Esteem Center in Maryland Heights. This drumming circle has a more Native American theme. It is much slower and rhythmic and there is a talking circle at the beginning where a talking stick is passed around the circle and everyone gets a chance to speak. Beforehand there is a pot luck supper where everybody brings their own dish.

At 1 pm. On Sundays there’s a drumming circle at Drum Headquarters on Manchester in Maplewood. You can learn the different ways of drumming and check out the awesome displays of drums at the store. You might even buy one before you’re through.

If the love the Loop as much as I do, then you won’t mind sticking around for a couple of hours on a Sunday afternoon and participating in their Sunday afternoon drum circle. It’s easy to find, right behind Fitz’s Root Beer. Everyone’s continued participation in this drumming circle is crucial, because some people want to end all of the street performances in the Loop. I really hope that doesn’t happen because that is the entire atmosphere of the place. 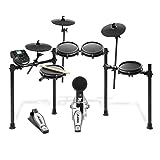 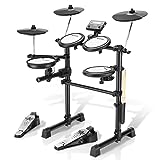